So, to another part of my recent trip to Mozambique. 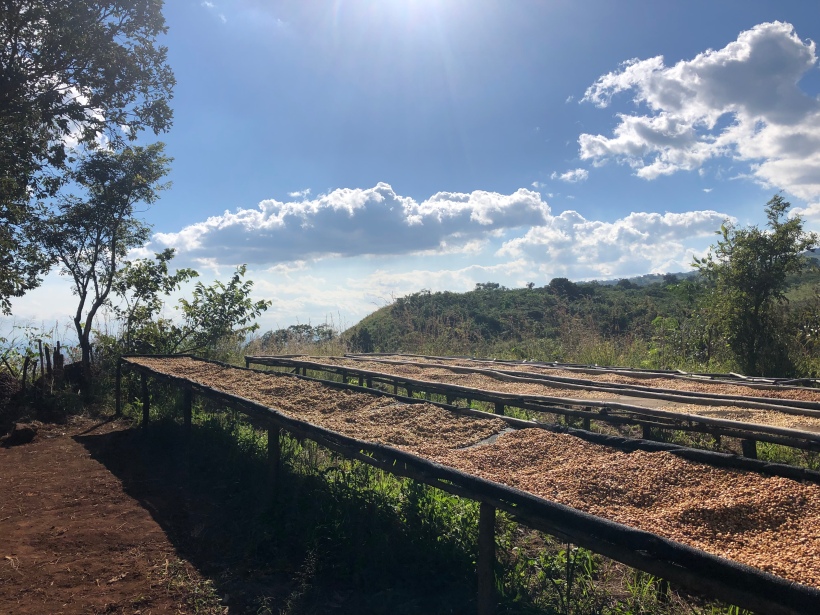 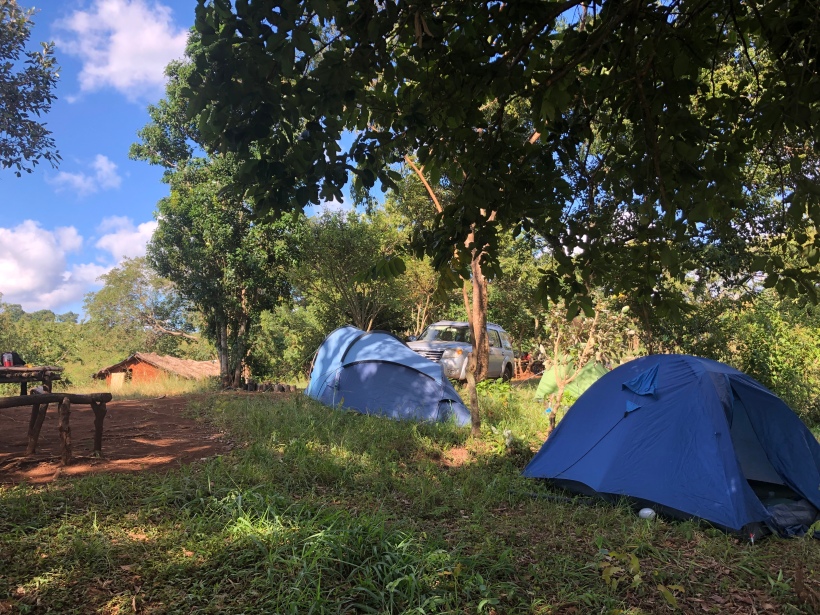 On Sunday 5th May, me, Michał and Tomasz packed up our stuff to head to Mount Gorongosa. Pesky vervet monkeys had slightly damaged my tent in their midnight antics and so I knew I’d have to do a repair job once we reached our destination! We picked up Marek and one of the masters students, Antonio, and squeezed their stuff into the car too! Then we headed out of the park and towards the mountain! The drive was a little squished but it wasn’t so bad. We stopped to get supplies on the way. Beer, pineapple, oranges and bread! Oh, and some huge avocados!! We thought they were something else at first because of how big they were! After the supply run we soon made it to the mountain road. Bloody hell it was so long and so so bumpy. I can safely say it’s the bumpiest road I’ve ever driven on! There were just rocks jutting out here there and everywhere!! After at least an hour of driving, we nearly made it to the camp site, but we stopped to munch on a bread bun and take in the view. We saw a male red-collared widowbird which was exciting! They have huge tail feathers that they use to show females how fit they are! Very impractical but apparently irresistible to the ladies!! We got to the camp and pitched our tents. I grabbed some duct tape off of Michał to try and fix my tent! The camp grounds were basic but lovely. It’s also the site of a coffee plantation and so there are rows of beans drying in the sun! The main structure was a big hut that housed the fires used for cooking. There were tables and benches made from sticks and logs too! Antonio showed us around his study plots. He’s looking at bird diversity between coffee plantation and natural sites. We had to cross a shallow river to get to the coffee. The water wasn’t too cold, it was actually lovely! Coffee grows as pink berries and they are put through a kind of shredder to remove the pulp and leave the bean. Then they are dried a bit in the sunshine and after that they are set on fire!! I had no idea they were set on fire! I liked that little nugget of knowledge. Anyway, that evening Michał and I prepared tea. We just opted for tuna and sweet corn with tomato sauce and pasta. It was meant to be simple, but the pasta went extremely gloopy when we cooked it and so it was quite a weird meal. But we ate it all the same! In the evening we went and watched Marek’s light trap for a while. Basically, he sets up a huge white sheet with a powerful lamp at the top. Moths and other creepy crawlies get attracted to the light and sit on the sheet. If any rarities come along he can collect them! My favourite one was a smallish moth that was metallic pinks and purples. She just sat there and didn’t move, just enjoying the light. I couldn’t help but feel a bit itchy when I was stood there, all sorts of things were flying around us! 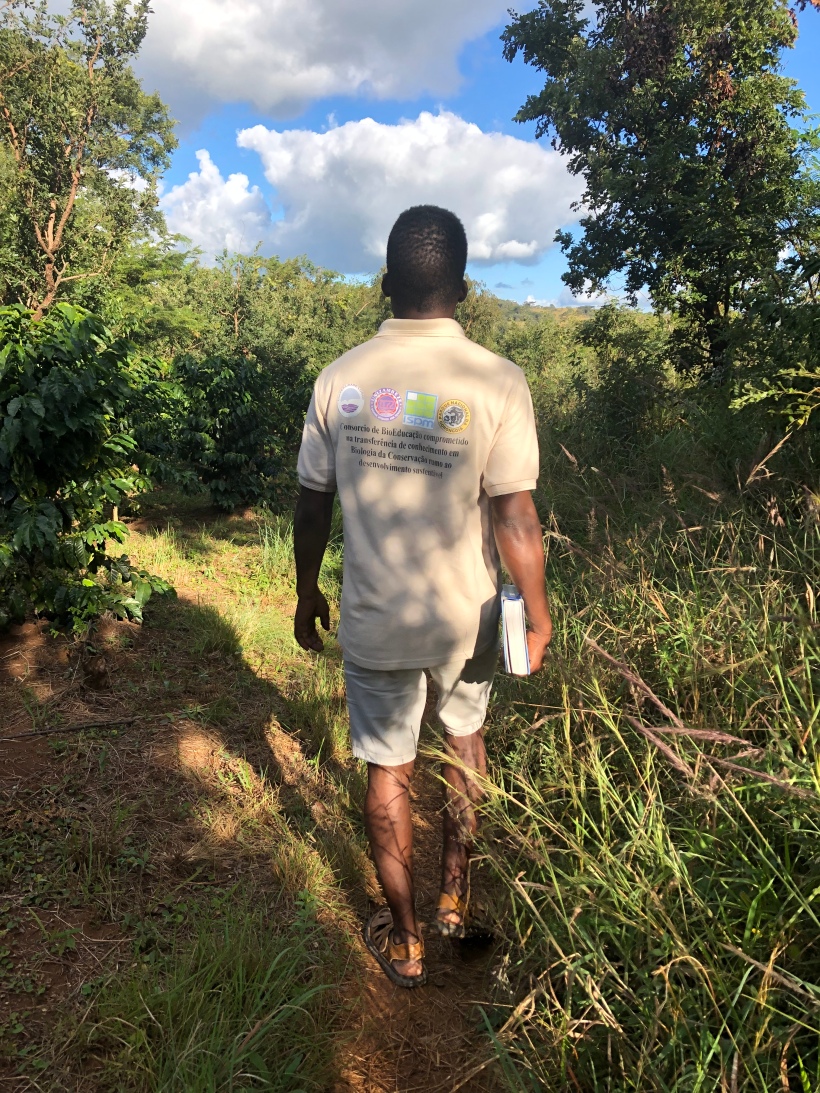 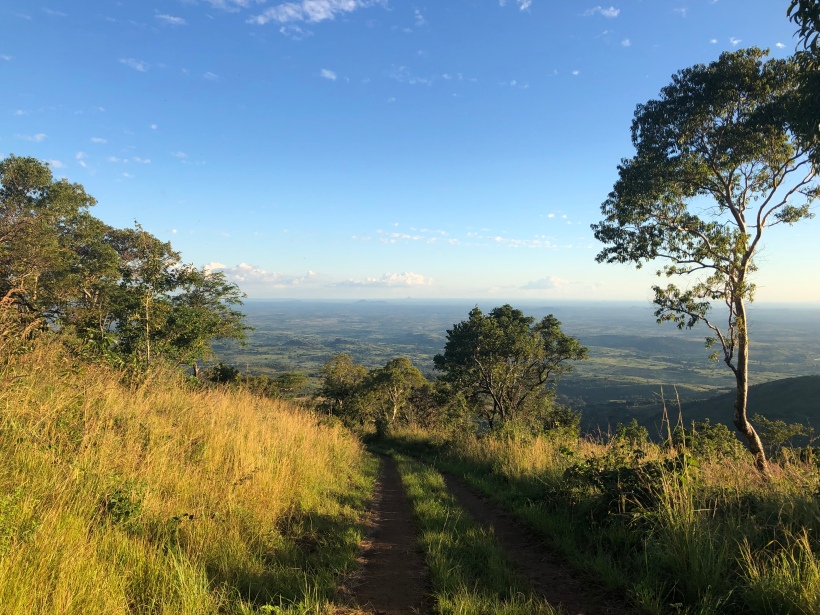 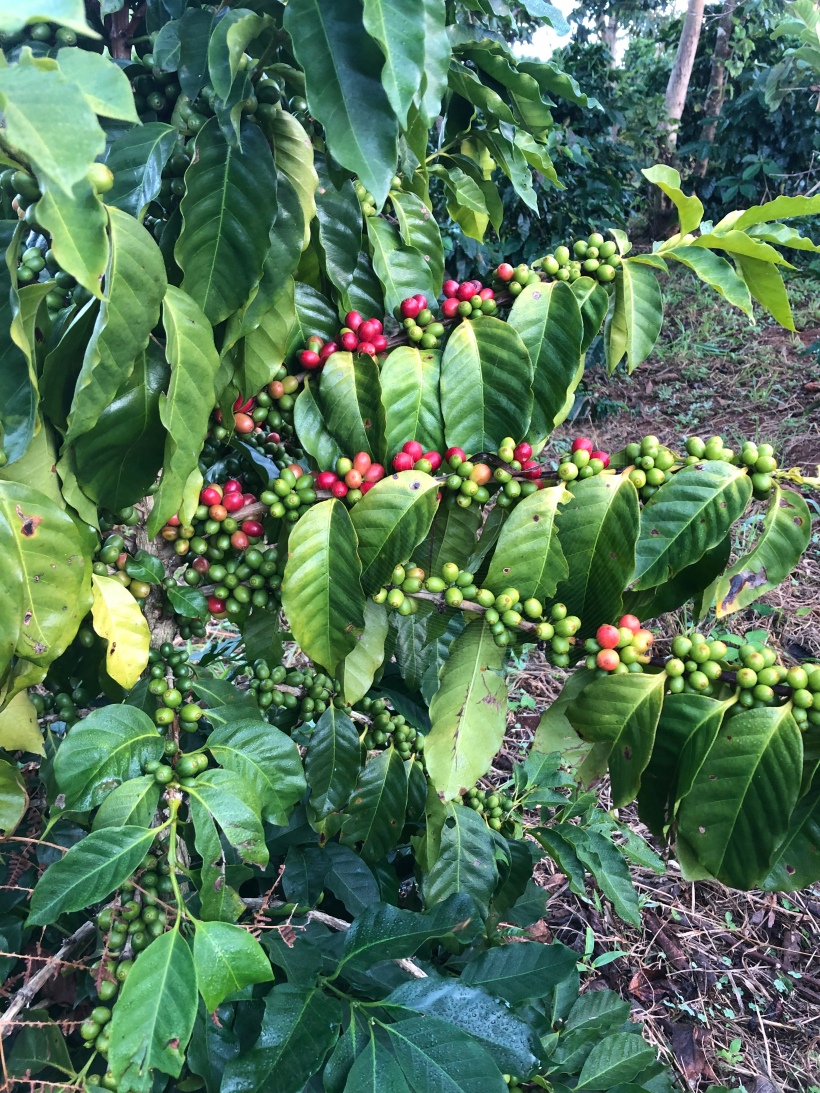 The next day, I went with Antonio to help him with his surveys. I showed him how to conduct point counts and helped him ID the birds we saw. My favourite of the morning was a black headed oriole. The views there were stunning. Both up the mountain and down! We couldn’t actually go all the way to the top of the mountain. There’s a gorilla army occupying the fragments of forest up there, and we aren’t allowed in!! Me and Antonio got back to camp and I made us some breakfast using the avocados and bread. The avocados were so tasty!! The seed inside of them is the same size as the entire avocados we buy back home! Crazy!! As we sat and ate I spotted a Livingstone’s turaco which was amazing. Turacos have such delicate faces, they’re so beautiful! Me and Michał made a big lunch again, this time with no issues! It was actually really tasty and we washed it down with a beer. I took Antonio for more bird watching in the evening. He said his favourite bird was a Black-crowned tchagra because of their song. He’s right, they have a lovely song. That night we watched more insects and drank more beer. 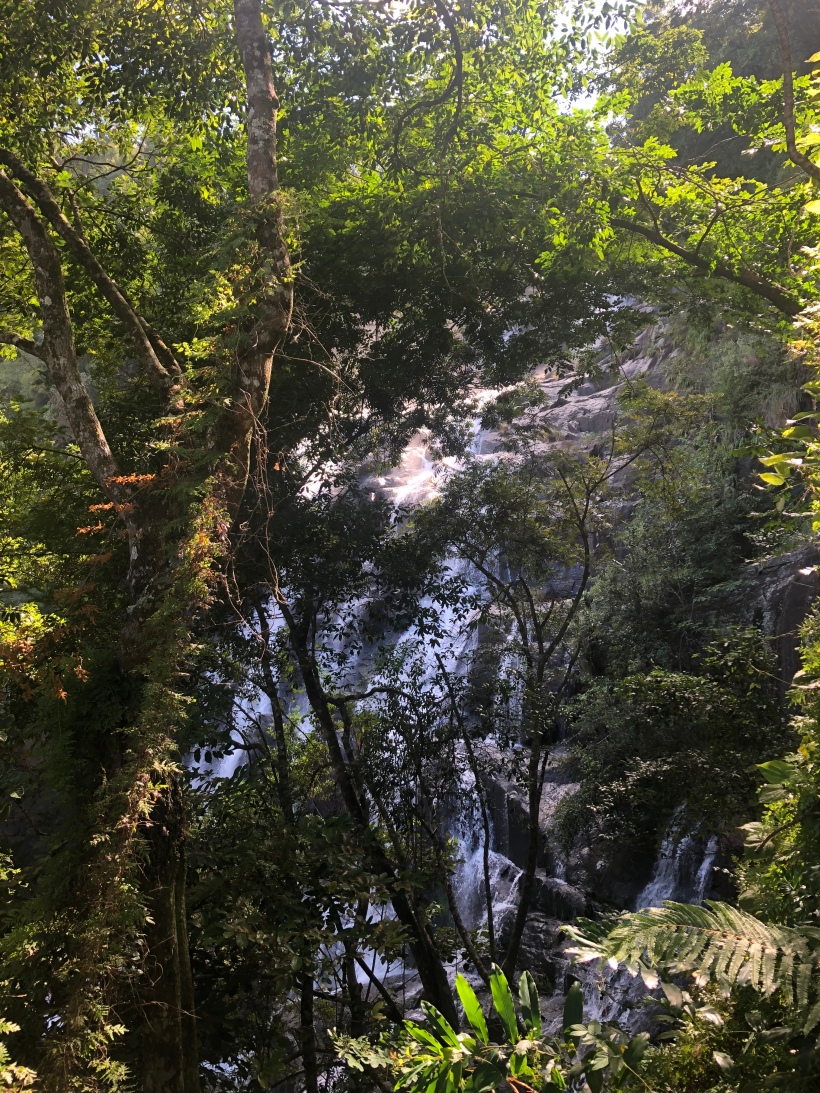 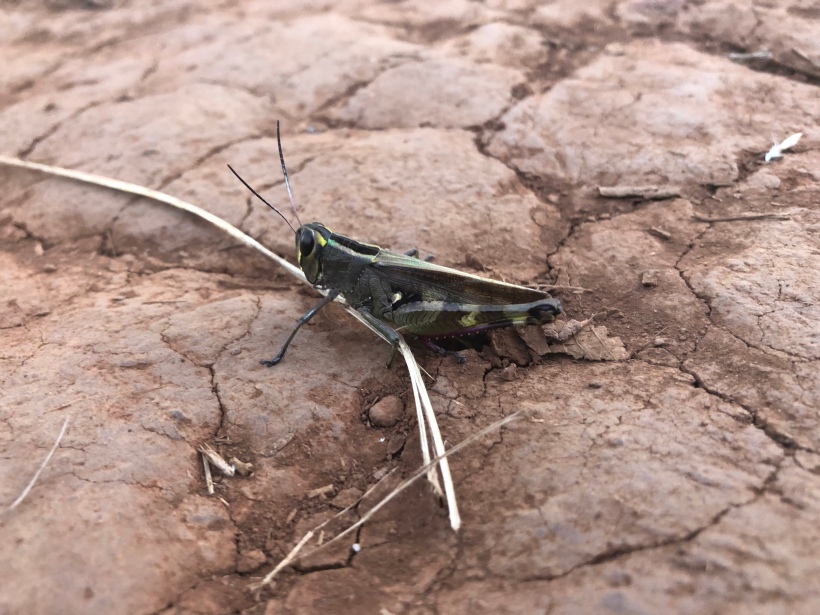 Next day and we prepared to leave the mountain. I climbed down to the waterfall which was great. It was really big and the mist was spraying me, which was lovely in the heat of the day!! At about lunchtime we set off back to Chitengo base. The mountain road didn’t agree with me this time and I had to be sick at the bottom. Too many bumps and turns for my titchy self! I tried to sleep for the rest of the journey. We arrived at Chitengo and set up camp again. Then I showered and washed my clothes. Then we went and got food. We got ourselves a bottle of white wine to share which was a treat. I took it slow, didn’t want to be drunk! That evening was relaxed and I went to sleep easily! 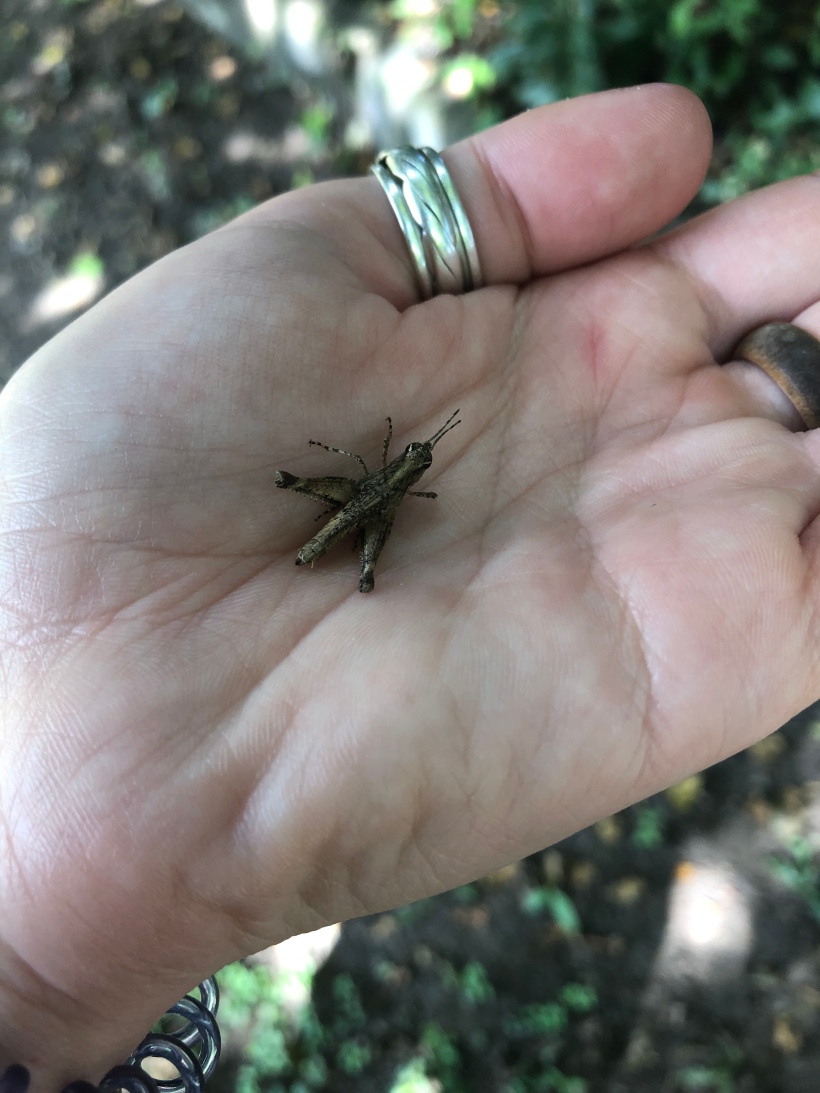 First morning back at Chitengo and I went and recorded some birds around the camp. I saw some brown-headed parrots which was great and some collared palm-thrushes! Michał set off on a survey down the river for the next day and so me and Tomasz stayed around camp. It was good to chat about projects and things. Chatted with family and had lots of smiles. I bloody love my little clan!

The next few days were spent sorting recorders and reading papers. We were waiting for out next trip out of camp. One morning when I was at my tent, I saw two female baboons with a whole bunch of younger ones. It was like they were being child minders. I just stood and watched them for ages. It was actually really nice to just watch the different animals around camp. The vervet monkeys are cheeky. They’d swing from branch to branch and peak at you from behind leaves or branches. I caught them jumping on my tent a few times! Baboons seem to be really territorial. If another group came along there would be loud shouts from the lead males. Warthogs just eat and eat. They kneel down on there front legs and just munch away!! A huge male had obviously worn himself out and decided to sleep in the sand for a while. He looked very peaceful. 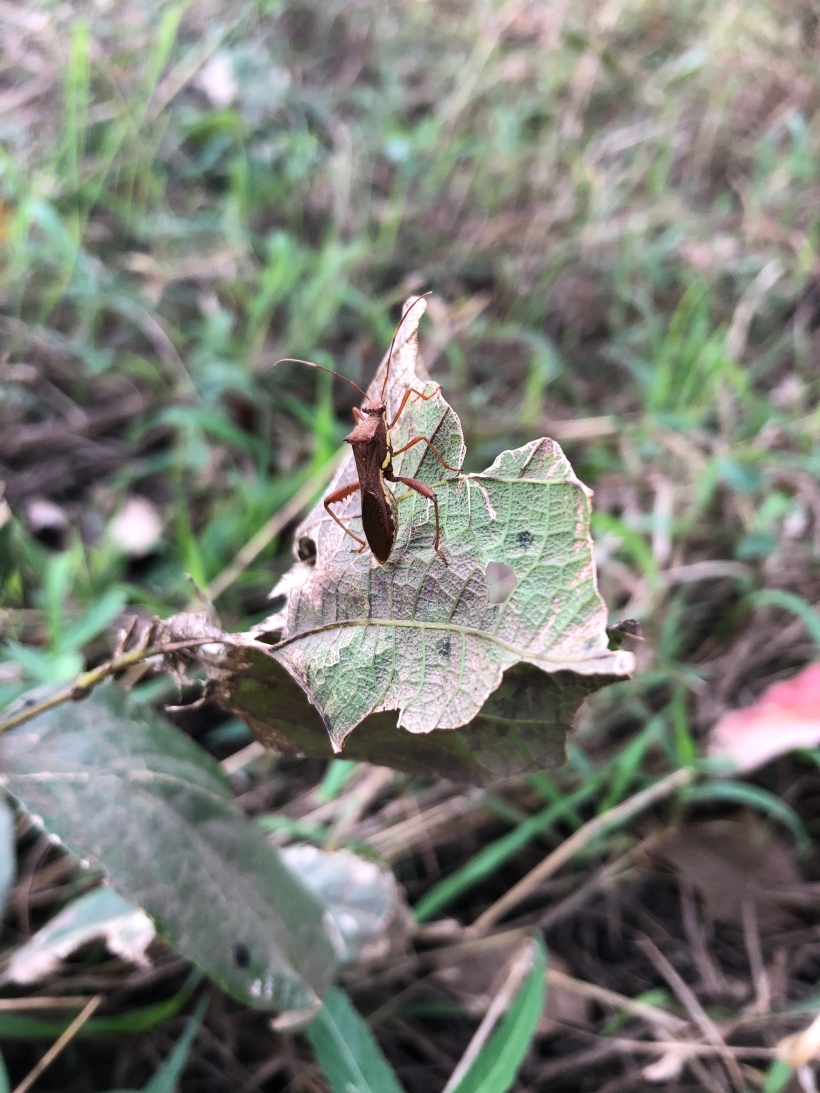 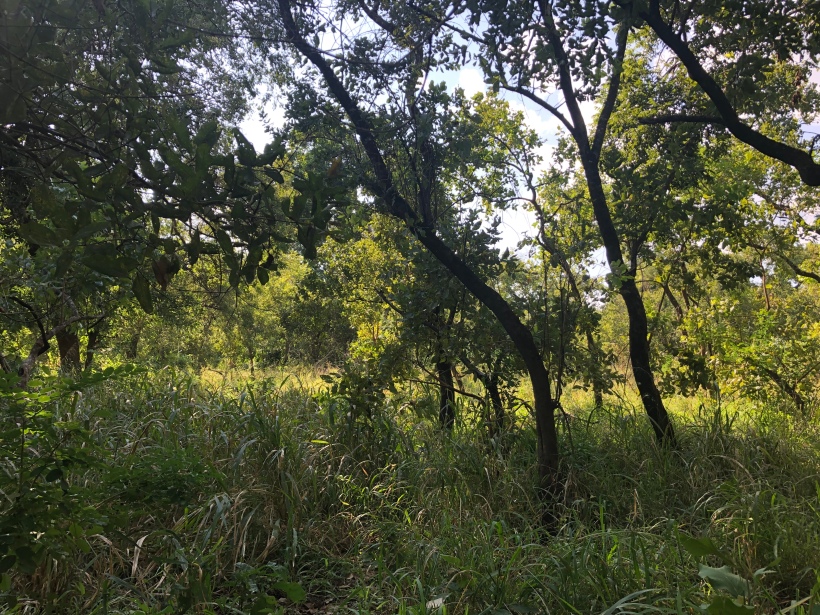 One afternoon we went and placed 6 automatic recorders to leave up for a year. We picked up a ranger and headed out. It was hot but it was nice work. And I finally got to see some crocodiles!! They weren’t too big, but they were still intimidating!! Michał would climb a tree and place the recorders, he’s a good climber!! Whilst he was doing that, I took in my surroundings. There was a huge dung beetle that I decided to call Bob. I’d seen other dung beetles near camp, but he was at least twice the size! Dung beetles are so fascinating to watch. They roll their dung ball with their back legs and take it to a hole in the ground. They keep it in the hole and lay their eggs in it so their kids have something to munch on when they emerge. I’ll take a rusk biscuit over a dung ball any day! But they seem to like it!

I’ll leave it there for now. The final section will be all about our trip to Coutada 12!!

One thought on “Mozambique- part 2”