I normally don’t write mid-week posts. I like to keep it for the weekend. But I just can’t wait to talk about my latest adventure! 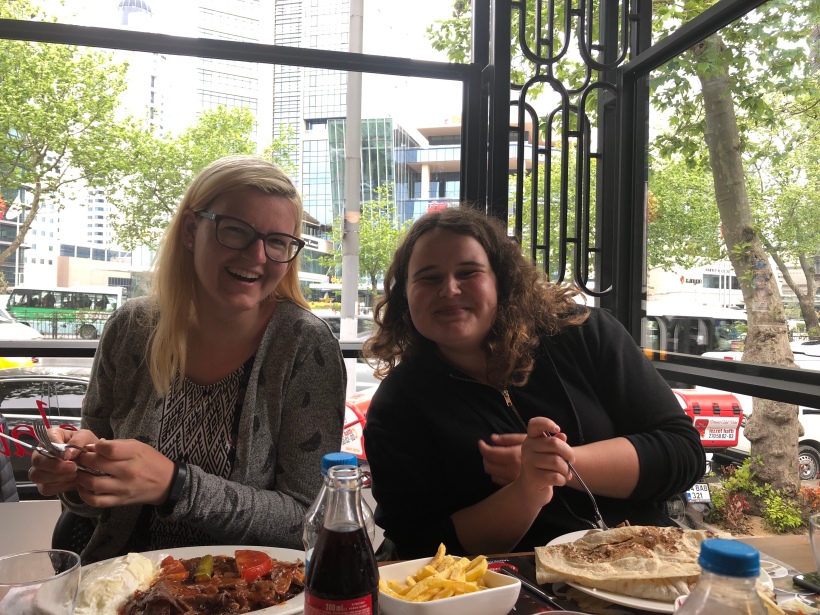 From Northern Cyprus I took a quick flight to Gökçen airport in Istanbul! After buying my visa and getting through passport control I was greeted by my gorgeous friends Simla and Donata. We all met whilst living in Poznan last year. Simla is from Istanbul and had invited us ages ago!

Loaded with my huge bag, we set off to the bus stop to start the journey to Simla’s house. Mid way through the journey we stopped in Levent for some food. We tried to go to the shopping centre but security there is really strict and I wasn’t allowed through with my field knife! So we opted for a kebab place instead! We were recommended the iskender. This is döner meat on top of chunks of soft bread soaked in an amazing tomato sauce. All with a huge dollop of yogurt on the side. Of course I had to have mine with pickled chillies. 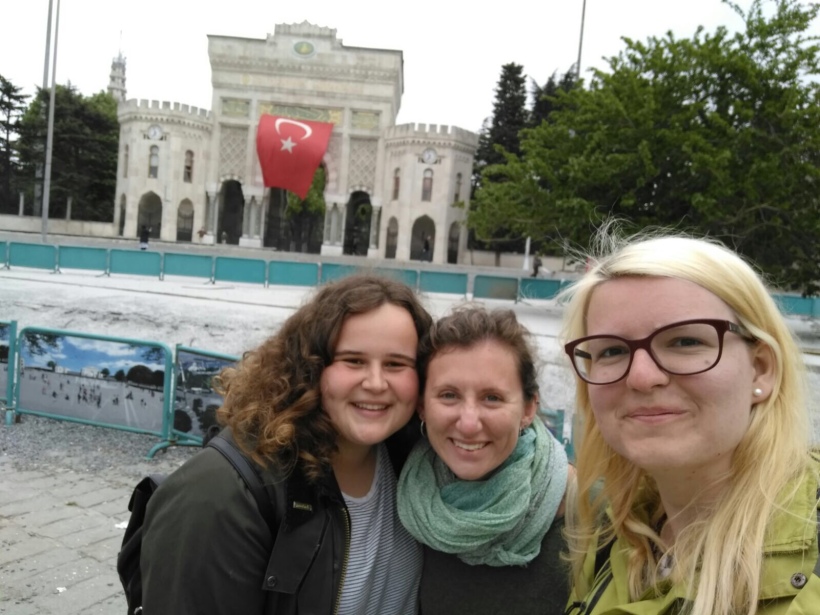 Driving through Istanbul was actually lovely. It’s so different to what I had imagined. It is so green! There are lots of trees and when you look up to the hills, it almost feels as though nature is in control and the houses are just adapting to it. Quite refreshing really. We crossed the river and I spotted several seabirds and smiled. It felt like a utopia! 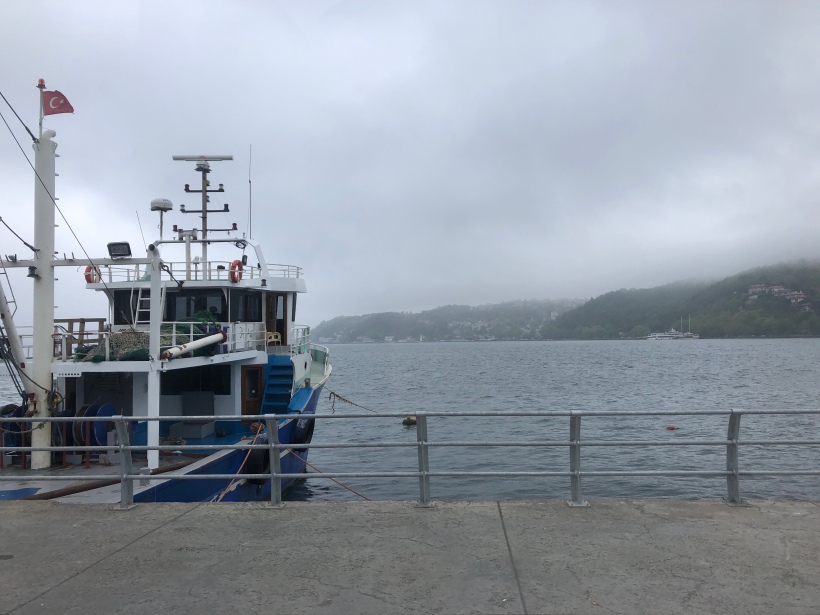 Anyway… A couple of buses later and we were home. I met her cat, Kedi and we rested up for an hour or so. Istanbul is massive, travelling across it takes a really long time! Especially with traffic! 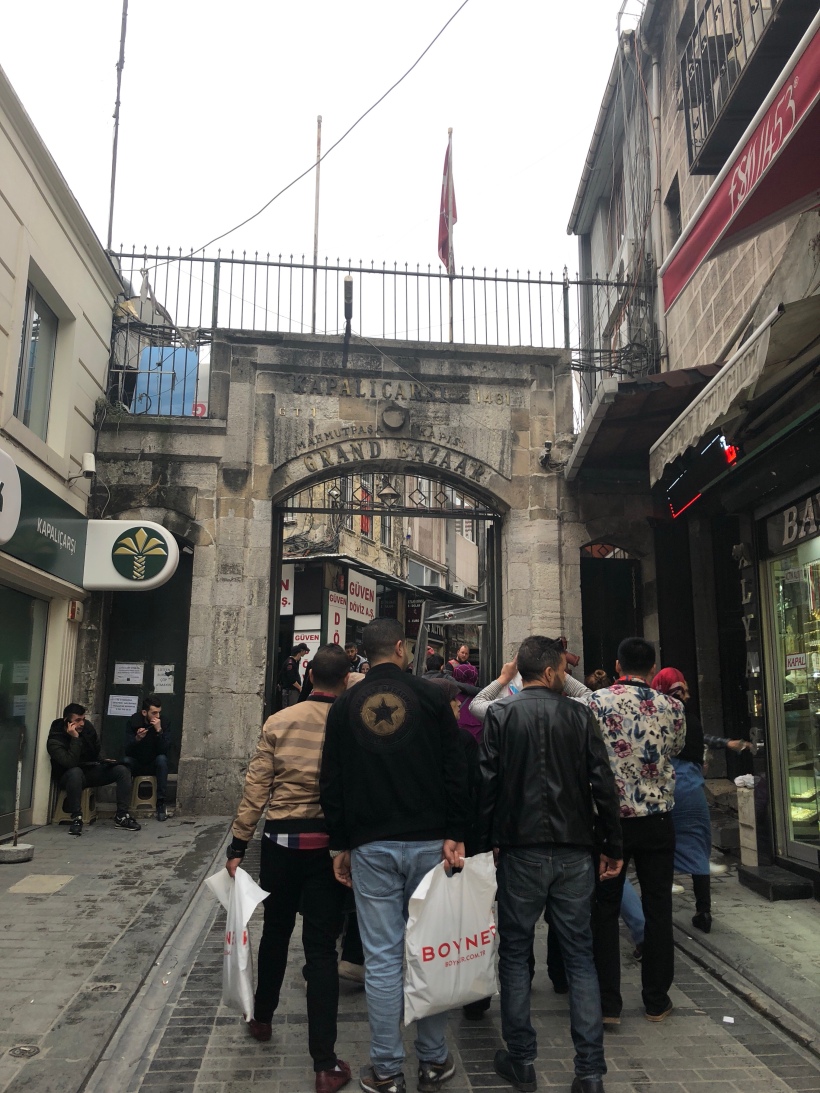 First port of call was the Grand Bazaar. We entered through a side gate. Again, loads of security. Simla took the lead and we weaved our way through the hustle and bustle. The curved tunnels could lead you anywhere, like a maze, each with its own treasure at the end. We took the route to the coffee shop. It was much needed. We drank a Turkish coffee each and told each other our fortunes. Apparently my journey is far from over and I have lots to look forward to. All good.

Coffee stop was over and we headed to the Spice Bazaar. A different, more modern feel, yet still really old! Turkish delight could be seen as far as the eye could see. And the smell of spices filled the air and our noses! Gorgeous! We entered one of the many Turkish delight stalls and got lots of tasters. It is the best I have ever tried. I bought a small box, and am currently eating a pomegranate piece as I write this.

From the Bazaar we then had a quick tea stop and then went on the the Blue Mosque and Hagia Sophia. They are both magnificent buildings, intricate and mesmerising! It was call to prayer and so we weren’t allowed inside the mosque, but to be honest, just seeing it from the outside was enough. We shared a simit as a snack which is a Turkish style pretzel covered in sesame seeds. It was delicious! And just what I needed!

We began the journey home, using metros and buses. It was quite late but we were peckish and so Simla took us to try tavuk göğsü. This is a desert made from chicken. It’s literally very finely shredded chicken mixed with milk and magic I think! Then it’s covered with cinnamon! We had ours with vanilla ice cream. It was pretty tasty, and I’m very open to different foods. But I won’t lie, it was hard to get past the fact that it was chicken! 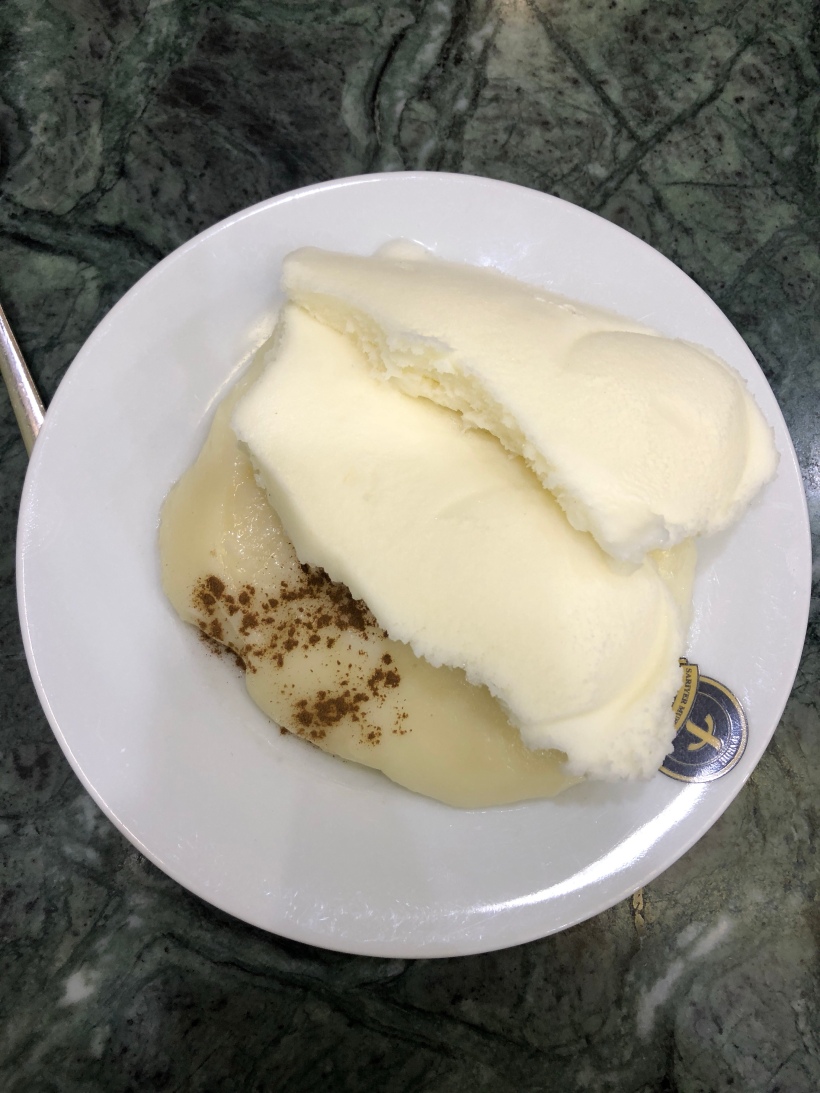 Home and bed for us! Long, long day! 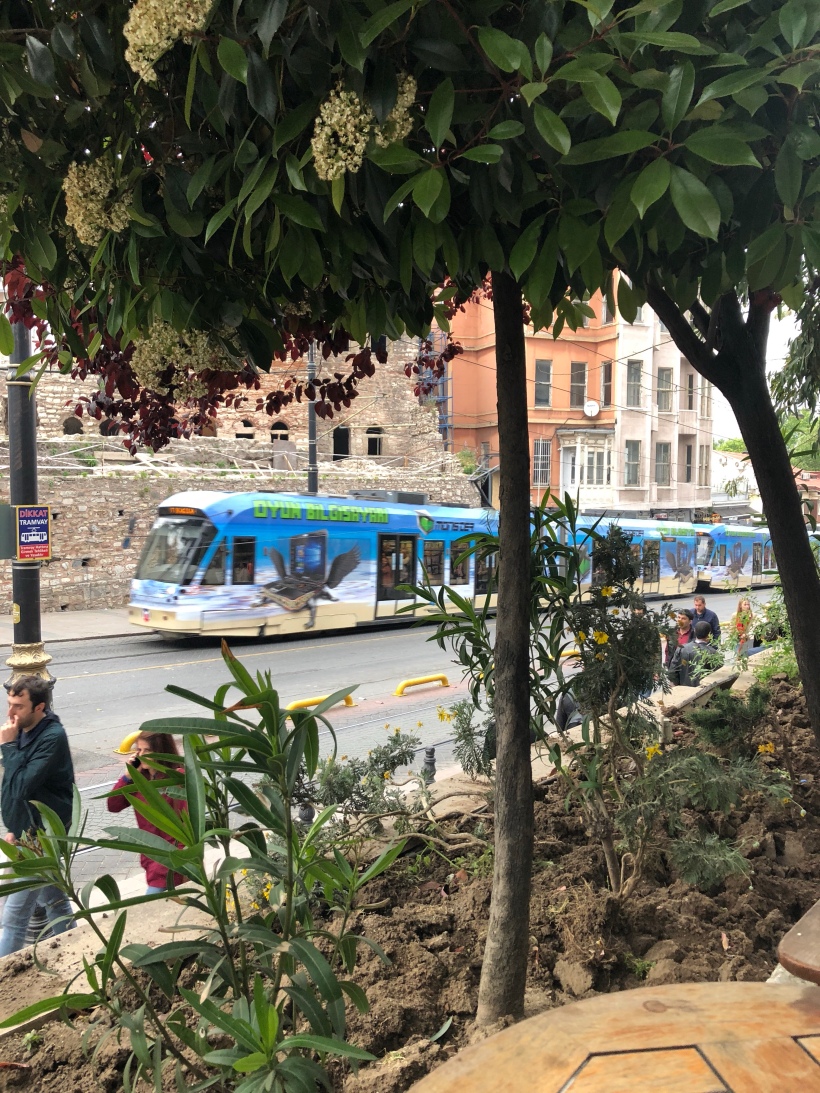 The next day Simla had an exam early in the morning so she left and me and Donata got ready for breakfast. We wandered through the streets to find coffee and food! We found the perfect place and I put my limited Turkish to good use. We got iki Nescafé ve iki sandviç (2 coffees and 2 sandwiches)!! We got our taxi shortly after and headed to the airport.

It was amazing trip! I’m already looking forward to my next visit!

It makes me smile when I think about all my friends dotted around the world. It makes it seem small and it makes me want to see as much as I possibly can. I don’t spend money on clothes or bags or makeup. I spend it on flights because the memories you make at all these destinations last forever!!